Kill for pleasure
kill for hate
kill to merely eradicate 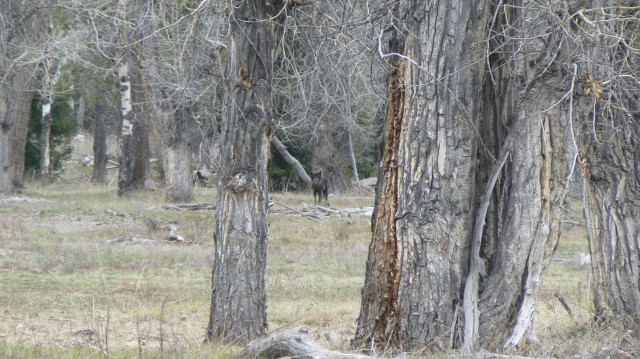 What a red tongue you have, Grandma!

This wolf and his white mate were a few feet away when we first saw them.  They could have ripped us limb from limb had they wanted to.  But they demonstrated only curiosity and some concern – we were two of the first humans to intrude on their territory – probably close to a den – after a long winter. 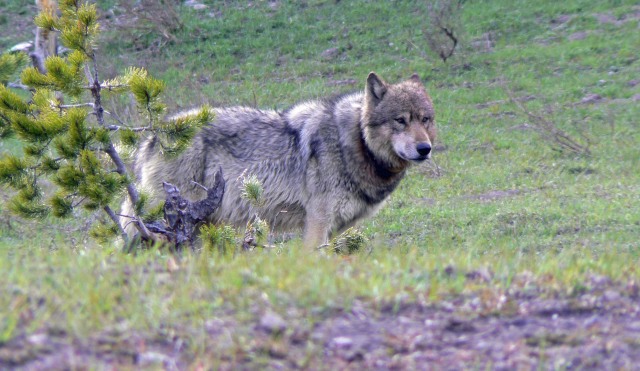 This was not taken with a telephoto lense.  This fellow was on his way to a dead elk and stopped to take a look.  There was no threat in his eyes – simply curiosity.

Wolf hunters are the only hunters who hate what they kill.
Can this be permitted?

Do our survival instincts require us to find an enemy?